I lived twenty years in Iraq and about twenty years in America. I worked five years as an Arabic linguist and as an Iraqi cultural advisor for the U.S. Army during Operation Iraqi Freedom. I advised and translated for numerous American officials from the lowest ranks to those who still appear on C-SPAN, Fox, and CNN.

One of my roles was to bridge the American and Iraqi cultural differences through the use of language. Meetings were a cultural battleground.

I was a semicolon between East; West. People from both sides often pointed fingers on cultural issues. I defended the opposite side most of the time. If an American criticized Iraqi culture, I gave a counter example from the American culture. If an Iraqi criticized American culture, I showed him how bad Iraqi culture could be. I found myself to be an Iraqi in a company of Americans, and an American in the company of Iraqis. 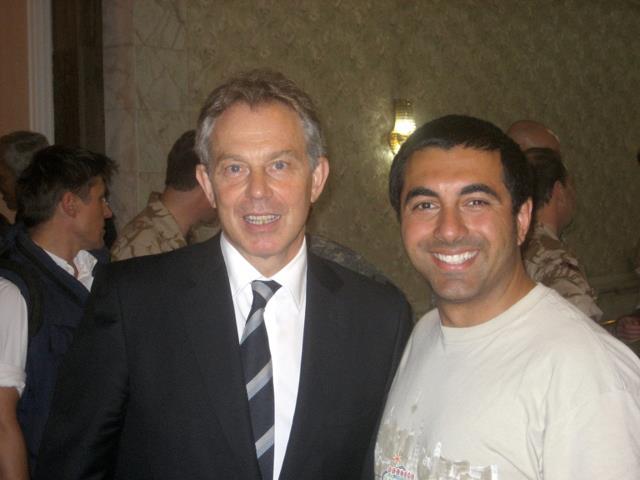 I explained on numerous occasions that words like: “young”, “history”, “parenting”, “friendship”, “family”, “tribe”, “woman”, “honor”, “honesty”, “strategy”, “ethic”, “shame”, “reputation”, “privacy”, and “belly dancing” to name a few are cultural terms. They have different cultural meanings in Iraq than in America. Even when I translate them, the Iraqi mindset is different from an American mindset.

Here are perfunctory examples of how “young”, “history”, and “honor” taken from two perspectives, have an opposite understanding in each culture:

For example, the concept of “young” from an Iraqi mindset means lack of experience, foolish, or impetuous. When it’s used in an organization or government establishment, the young would be limited in roles and responsibilities. From the American mindset, “young” means fresh in spirit or a new way of thinking. The “young” would be welcomed in an organization and would be given more responsibilities.

The term “history” also has different cultural values. In Iraq (the Arab World in general), history is hugely valued. A mere mentioning of a historical event by name would suffice. For example, during the Iraq-Iran war, it was common to name the war operations by referring to old battles such as the Battle of al-Qādisiyyah in the seventh century between Arabs and Persians. Saddam named the “Second al-Qādisiyyah” for the battle with Iran. Also, Bin Laden referenced historical statements such as “more than 50 years” and events in Iraq and Palestine in his letter to America without going into details. Arabs would understand those conflicts.

But in America, history has no value. People don’t care about history. Americans forget history as fast as they read it. People commonly use the phrases “this is history”, or “that is history” in reference to things or events that are no longer valuable. “That is history” is like a stop sign for an end of a discussion. Americans already forgot about Hillary’s lies such as the sniper fire in Bosnia. And ask Americans about the number of Saudi hijackers in September 11, and they would Google the answer. It is gone out of their memory.

As for the term “honor”, it has completely different value base in Iraq (or the Middle East in general) than in America. Iraqi men tie their honor to their women. An Iraqi man could be a liar, a thief, cheats at work, and accepts bribes; that is ok. These criteria would not affect or insult his honor. He would walk in the streets of Baghdad full of dignity without having a sense of shame. However, if his wife or his daughter wore a mini-skirt, showed her thighs, or had sex outside of marriage; it would be the greatest insult to his honor. He could kill his daughter for losing her virginity and not go to jail for the crime.

But in America, people are more honest. “Honor” is not tied to a woman in America. However, an American man can brag how hot his wife is and take pride in that. His daughter would have sex outside marriage as early as at the age of seventeen or eighteen and that would be ok. It would be ok to an American to show a picture of his wife, but never ask how much money he makes. It’s easier to ask a dance with his wife than to ask about his income. Asking an American about his income is a redline. Should I say his “honor” is tied to his income?

I didn’t write this blog as a polemic attack on a culture, but to show that no culture is superior over any other. Iraqi culture needs to learn from the American culture and vice versa.

But one thing I know for sure, cultures are not compatible with each other. Humans from the same culture don’t get alone yet imagine layers of cultural complexities.

Slowly but surely, the multiculturalism that made America strong will be the very reason that will make America weak.

I personally belong to three cultures: Assyrian, Iraqi, and American; a Christian from an Arab land living in an atheist society – an embodiment of cultural dichotomy. For example,

I rather raise my kids in the Middle East and educate them in America. And I would feel something is wrong if my wife didn’t receive compliments in America.

I feel a great satisfaction and sense of pride when I see American officials who I helped in Iraq appear on American news channels. Contractors like myself and 100 others unknown Iraqi-American linguists and advisors helped those officials obtain their knowledge about Iraq.

P.S.: Check “What is capitalistically ethical?”